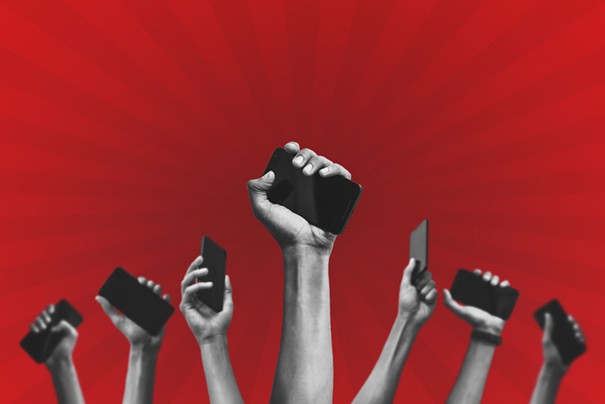 Social media can be a powerful tool when it comes to promoting advocacy efforts, especially when used thoughtfully and responsibly.

About seven in 10 Americans currently use social media applications for news, entertainment and digital connection, according to a 2019 report by the Pew Research Center. And because of their popularity, social media platforms are increasingly being utilized for advocacy.

She says they also should take time to examine the facts and sources of the information they consume, and should not only be mindful of what they post, but of who they’re following.

“[Social media] is a really helpful tool to get the word out,” Kerr says. “A lot of times nowadays, especially with younger people, it’s their main source for either news or learning about events that are happening around them. So for [Citizens Project], it’s primarily used for expanding our own organizational efforts and helping people learn about ways to volunteer and different events they can show up to.

“And then we also use it as kind of an educational platform. So, sharing articles about things that are happening locally and trying to expand the dialogue around that.”

Kerr recently spoke with the Indy and provided some tips for those who wish to tactfully use social media for advocacy.

Use it for mobilization and fundraising.

“I think one really great thing about social media is it democratizes information in a way that is pretty new, relative to our history,” Kerr says. “Anybody can use it … so I think it’s something that’s really helpful for organizing and movement building. And I think something that has really changed with social media is fundraising. So with the U.S. health system being what it is, a lot of people fund their medical expenses through GoFundMe and I think that has also kind of democratized the fundraising process as well. It’s another thing social media has been good for.”

Explore a topic beyond just the posts you see.

“[With social media] there’s often a lack of nuance in stories,” Kerr says. “Especially with platforms like Twitter — where you’re really limited in the amount you can write — it makes it difficult to elaborate on a story and get the details out. I think, especially with my generation, it has limited our attention span in a way. It can make it more difficult to read long-form journalism and things like that. So I think there’s a balance when it comes to the spread of information where it can be really helpful, but you also need to make sure that you’re interrogating the things you see.”